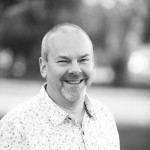 This is not the traditional page you’d expect to find when you click on the word ‘Cymraeg’ on a website’s homepage.

Welsh speakers, for example, would be expecting to find a Welsh version of the website – I have apologised for this above. Why? you may ask. Well you see Wales is working towards becoming a bilingual nation.

There is still some way to go – the language lost a great deal of ground during the industrial revolution and practices such as the Welsh Not – but things are moving in the right direction.

We can contribute to this in some small way, because although we don’t offer fully bilingual services, we can offer advice on bilingual matters, and occasionally translation.

Legislation over the years has aimed to ensure equality in the use of Welsh and English languages by public sector bodies dealing with the public in Wales. Since 1993, public bodies in Wales were required to produce Welsh Language Schemes to plan how they’d do this, but progress was slow, so the Welsh Language (Wales) Measure 2011 took things a step further.

Our interest and experience in bilingualism

From a personal point of view, I feel privileged to have been brought up in a Welsh-speaking household, and attended Welsh-medium infant, primary and secondary schools from the age of three-and-a-half up until I was 16.

I am fully bilingual, and happy to converse or write in Welsh or English. I have worked for a number of public bodies in Wales where Welsh was valued and where I’ve co-ordinated and/or developed Welsh language strategies. These include the Wales Tourist Board (now part of Welsh Government), Environment Agency Wales (now part of Natural Resources Wales), and the University of Wales, Newport.

While at the University, I successfully completed an online Welsh translation course and a Gloywi Iaith (Language Improvement) course – both via Cardiff University’s Centre for Lifelong Learning. While I’m not an accredited translator, I have been translating for most of my adult life.

Our National Plan for Music Education will provide more opportunities for children to enjoy music.

@FevershamSchool in Bradford show us how their pupils learn confidence in their musical abilities from the start of their education.

Interested in #MusicEducation #MusicTech #MusicalInclusion? Hear how one company is disrupting the traditional idea of an instrument. My guest, Emma, is a music teacher, comedy improv, theatre-maker, and also Education Coordinator for Artiphon https://writing-services.co.uk/podcast-34-making-music-accessible-to-anyone-through-music-tech-instruments-emma-supica-of-artiphon/

Interested in #MusicEducation #MusicTech #MusicalInclusion? Hear how one company is disrupting the traditional idea of an instrument. My guest, Emma, is a music teacher, comedy improv, theatre-maker, and Education Coordinator for Artiphon https://writing-services.co.uk/podcast-34-making-music-accessible-to-anyone-through-music-tech-instruments-emma-supica-of-artiphon/ @MIAssociationUK

I had a sneak preview of this issue and it has some fascinating articles for anyone working in arts and health, music and health 👏👏👏 if you work in music for well-being/social impact/inclusion, take a look at membership info on the Sound Sense website

Our Arts & Health edition of Sounding Board is OUT NOW with an incredible collection of pieces showcasing the diverse, creative and skilful ways our #communitymusic members use music to promote health and wellbeing.
More to say...follow the thread! 👇😄