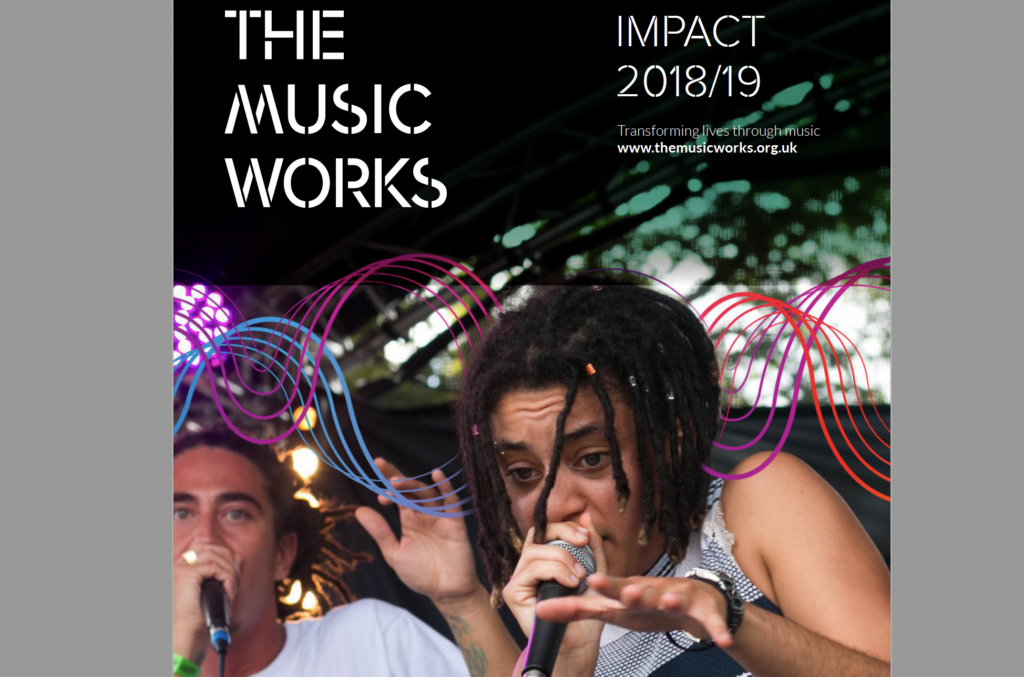 “Anita worked with The Music Works at a really crucial time of our development, leading the shaping of our brand and communications. We are now the largest community music organisation in Gloucestershire and work with over 3,000 young people a year. We have grown by over 300% in the last six years and Anita played a significant role in this. She is thoughtful, intelligent and creative with the ability to be both strategic and roll her sleeves up and get stuck in.” Deborah Potts, CEO, The Music Works.

In 2016, Anita was approached by the CEO of The Music Works (TMW) to join the team of this small but growing youth and community music charity. The only catch was, the organisation wasn’t looking for a communications person. They needed someone to run their education programmes. Anita takes up the story.

I was excited to be approached and keen to be involved. I’d researched and written about the charity in its former guise as Forest of Dean Music Makers, working with founder Mark Bick as a partner in the Make Music Gloucestershire music education hub. But did I have the skills and the confidence to take on the role?

Initially working one, then two days a week, I was able to experience the practical challenges of setting up, promoting, delivering and evaluating music programmes; and to bring my communications skills and way of thinking into the organisation.

I remained a part of the senior management team as the charity expanded and grew and was eventually able to focus solely on communications and evaluation. During my time there, and thanks largely to inspiring leadership and a strong delivery team, the charity doubled its turnover and tripled the number of young people it reached. Qualitative and quantitative evaluation was showing the impact and value of the programmes for schools and young people, and a range of educational and wellbeing outcomes.

After three years, I decided it was time to move on as the charity was moving into an employment rather than freelance model for their workforce. The charity is still going from strength-to-strength, making strong links between young people, funders, and the music industry, and opening a studio base in central Gloucestershire.